Dr. Nick was born and raised in northeast Ohio along the shores of Lake Erie. He graduated from Amherst Steele in 2001 with an honors diploma. While attending Steele, Dr. Nick excelled in football and track and field. He led the Comets to two conference championships in football and as a senior placed second at the Ohio High School State Track and Field meet in the pole vault.

After high school, Dr. Nick competed on the varsity football team at Kent State University, Kent, Ohio, from 2001-2005 while completing his bachelor's degree. Dr. Nick completed his education at Palmer College of Chiropractic where he earned his Doctorate of Chiropractic Degree. While at Palmer College he served as the vice president of the rugby team, which qualified for the National Final Four twice during his three years. Post graduation, he has undergone extensive training in structural (postural) analysis at the CBP training facility, Ideal Spine Health Center in Boise, Idaho. He has also pursued additional training in advanced soft tissue (muscular) treatments and pediatrics. 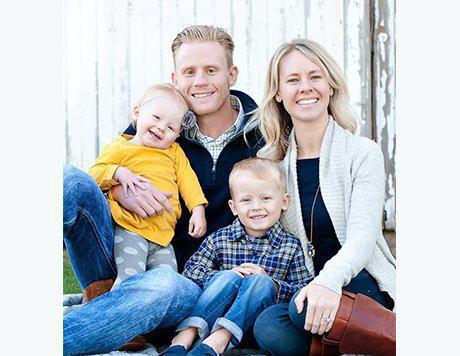 Following his undergraduate training at Kent State University, Dr. Nick competed in various indoor professional football leagues. It was during this time that he suffered an incapacitating injury to his low back.  He was told that the injury would require surgery in order to sustain a reasonable quality of life and that he would no longer be able to work as an athlete. Dr. Nick sought a second opinion and met a chiropractor who addressed the structure of his low back. Through this treatment not only did he avoid surgery and maintain a high quality of life but he returned to the field for one more season. Throughout his care, Dr. Nick began to see other positive changes to his overall health leading him to explore the full benefits of chiropractic care.  It was this experience and the desire to share it with others that lead Dr. Nick to pursue a career in chiropractic.

Enter Your Information Below To Get Your Back, Neck & Sciatica Pain Report That Everyone Is Talking About!

Find us on the map